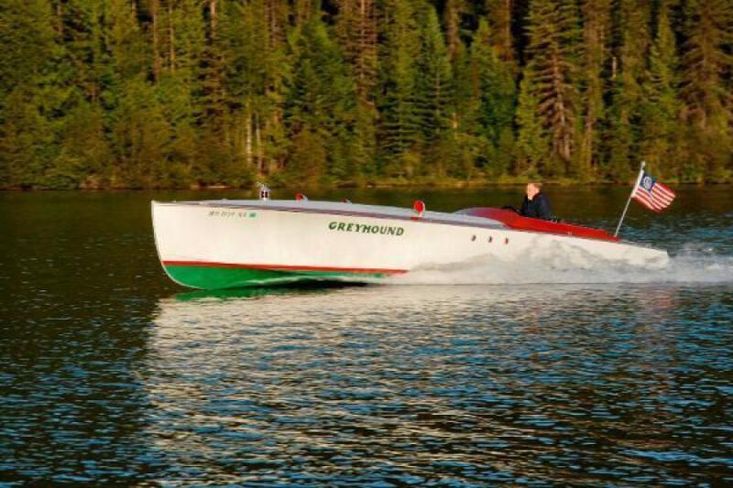 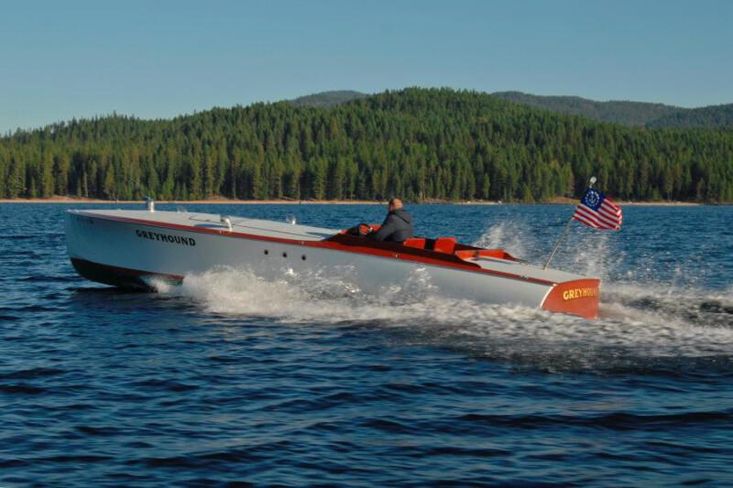 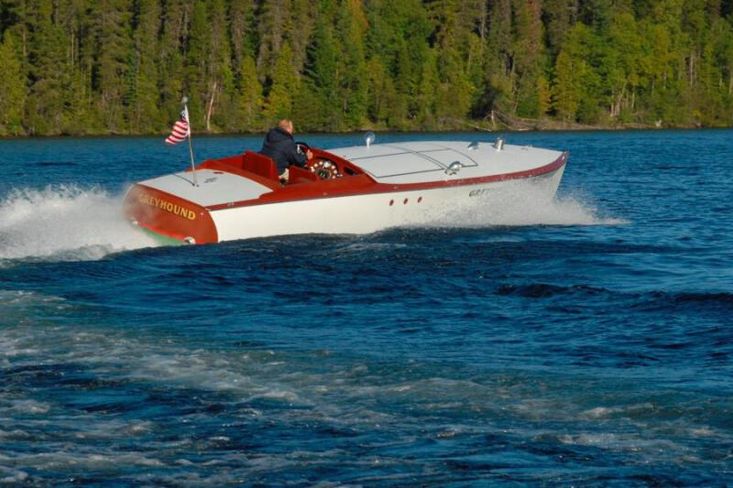 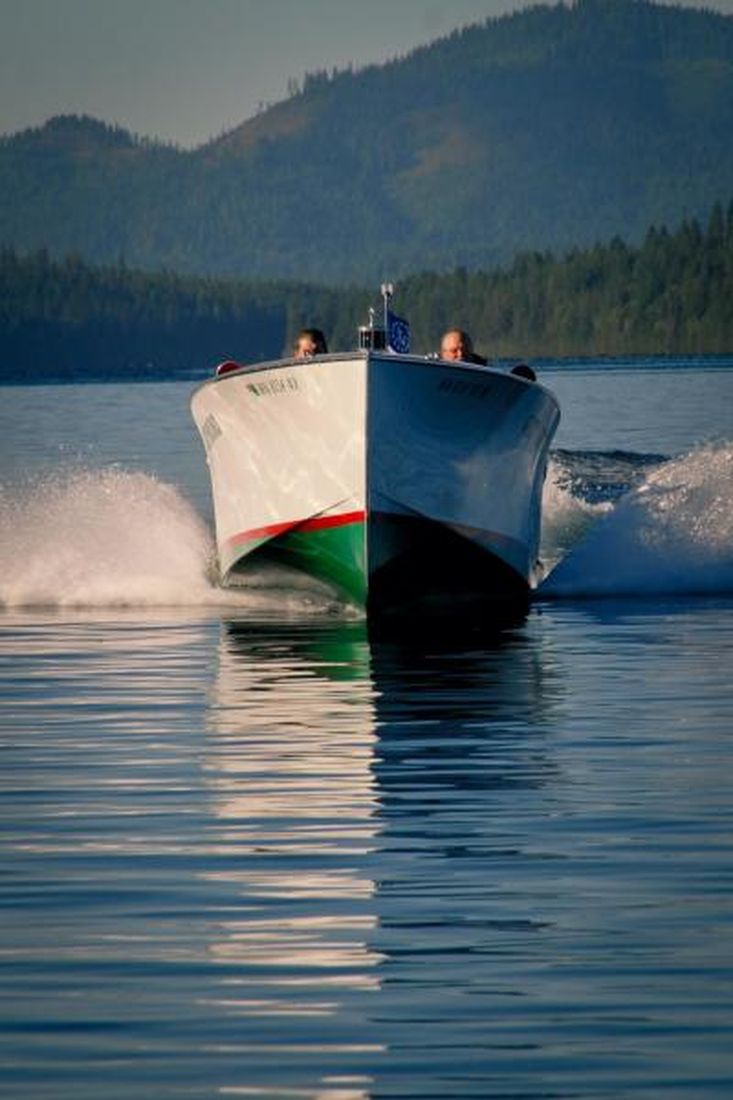 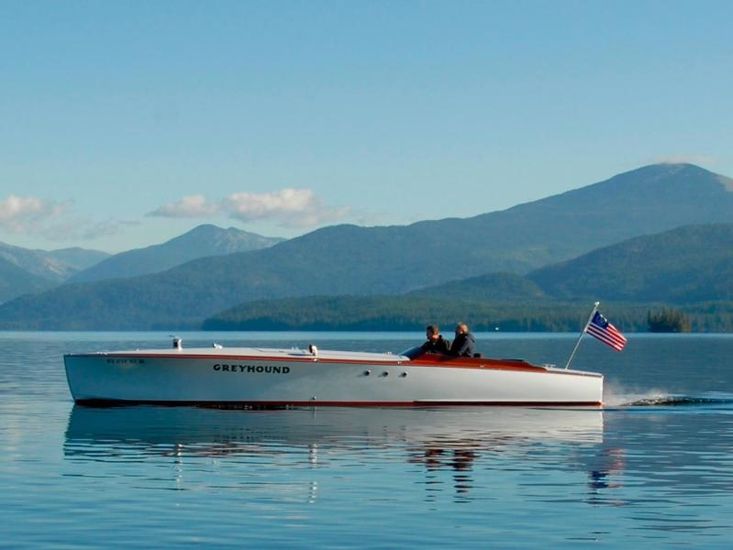 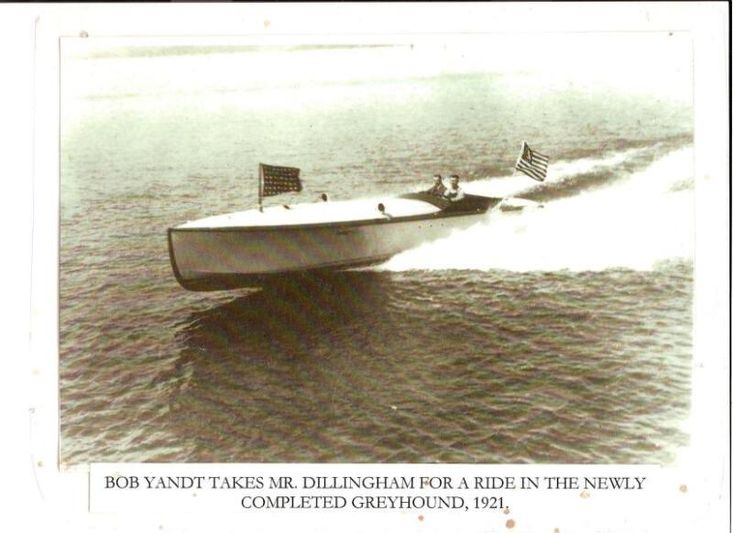 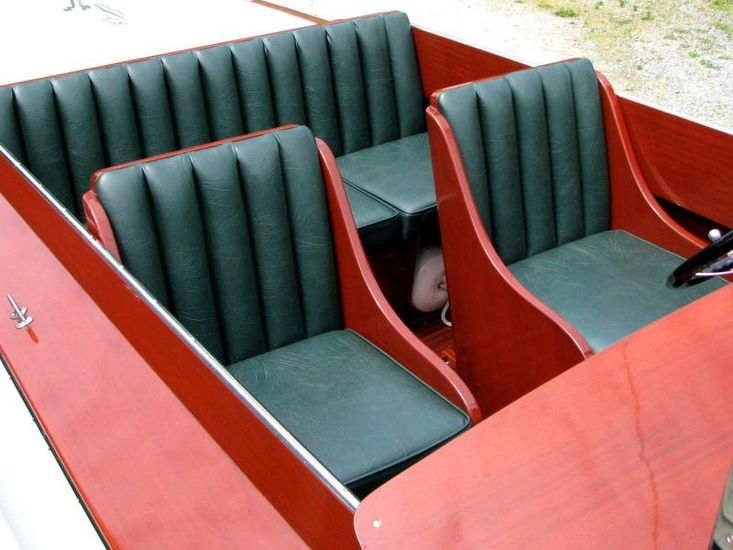 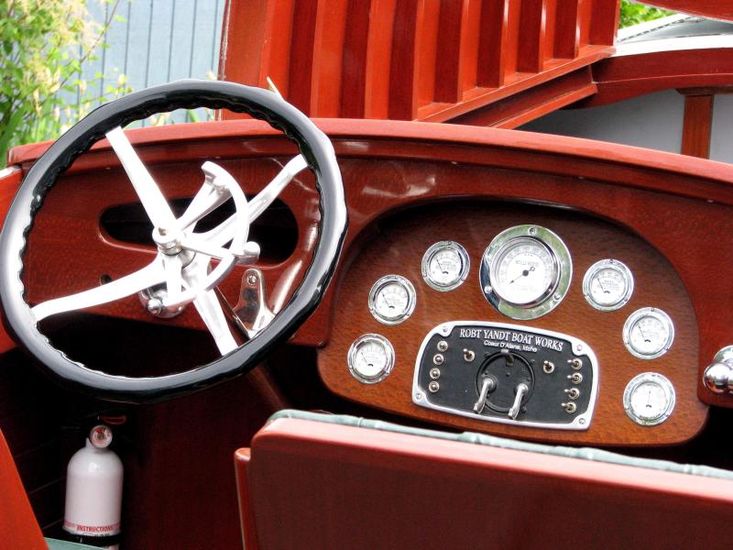 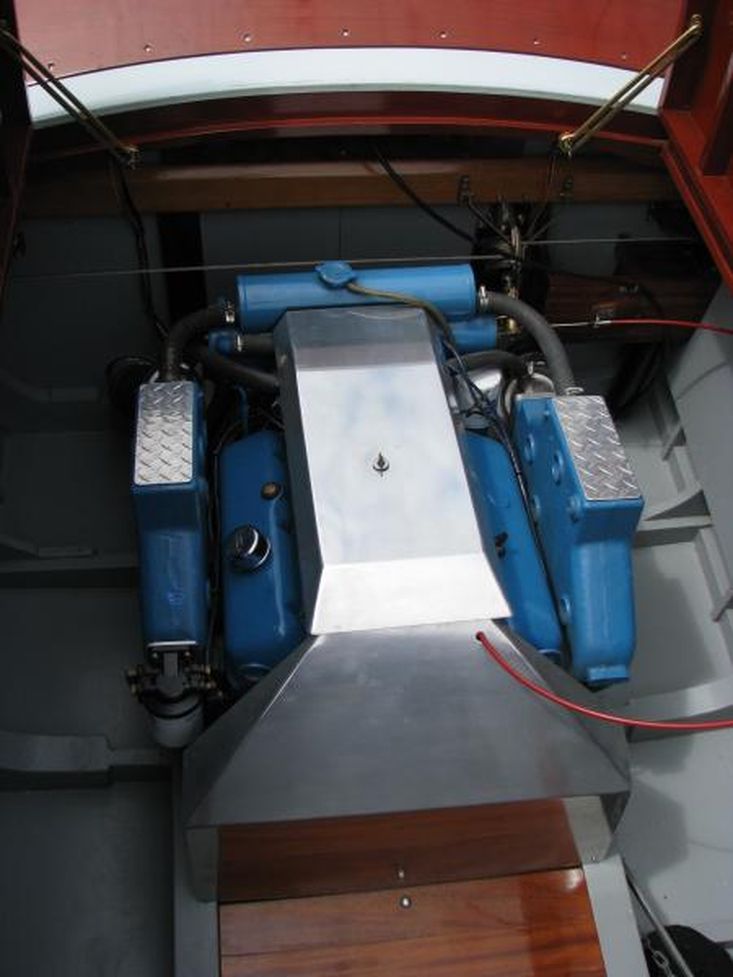 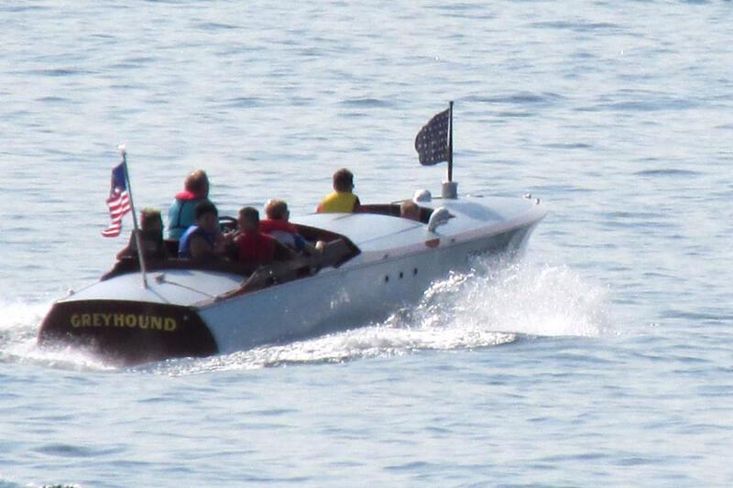 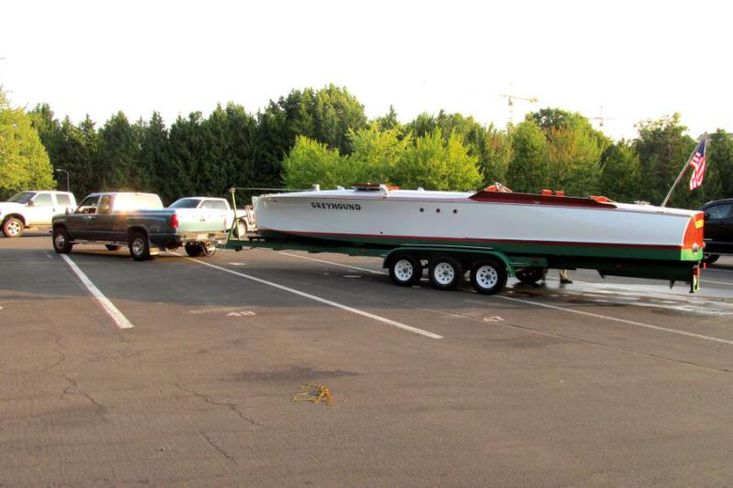 
This boat was built to a John L Hacker design and powered by 1041 CID 6cyl Sterling dolphin engine of 225hp. Lightly built of cypress, oak & mahogany she was capable of speeds close to 40mph and in the early 1920's was one of the fastest boats on Lk. Coeur d'Alene.

Take Greyhound into its 100th year in its hometown by brining it to the 2020 International Boat Show being held in Coeur D'Alene, Idaho.

Greyhound was built on the site of the present day Coeur d'Alene resort Hotel in 1921 by Robert Yandt for RC Dillingham of Spokane who owned a summer home across the lake in Casco Bay. Mr. Yandt was well known in the area for building fast speed boats and had been building boats since about 1910.

This boat was built to a John L Hacker design and powered by 1041 CID 6cyl Sterling dolphin engine of 225hp. Lightly built of cypress, oak & mahogany she was capable of speeds close to 40mph and in the early 1920's was one of the fastest boats on Lk. Coeur d'Alene.

She was the champion on the lake 1921-22. She not only raced, but was also used by the Dillinghams as a family runabout for many years. In 1940 they decided to have "Greyhound" remodeled to a more contemporary configuration.

The work was done by Robert Yandt and his nephew Paul Yandt. The boat was made into a 4 cockpit mahogany runabout with forward steering & windshield. In the early 1950's Robert Yandt Jr. purchased "Greyhound" from the family after Mr. Dillinghams death and used as a water taxi on the Lake for many years. After Robert sold her, she eventually came to rest blocked up in a field where she weathered for many years.

In 1989 Keith Williams purchased "Greyhound" and had her moved his home in Wenatchee,WA. Being a historian, he gathered up as much information as he could on the boat, including photos. He always dreamed of bringing her back to life, but beyond building a fine garage to protect her, he was not sure where to start on such a major project.

In 1998 Keith gave "Greyhound" to Alan Thomle, owner of Alan Thomle Boat Works of Stanwood, WA under the agreement that she would be preserved and eventually restored to her original splendor. With the help of friends, work began in Oct. 2007 and was completed Sept.2008. The boat was completely rebuilt to her original configuration and has been used and shown extensively in the NW and has won many awards in all of the last ten years.

The modern power makes this boat very usable and it is a very smooth & solid ride. We have used it on all the big lakes in the NW and I can honestly say its the best boat I have ever used in my 62 years of boating.

Take this boat into its 100th by bringing it to the 2020 ACBS International Boat Show in Coeur d'Alene, Idaho.